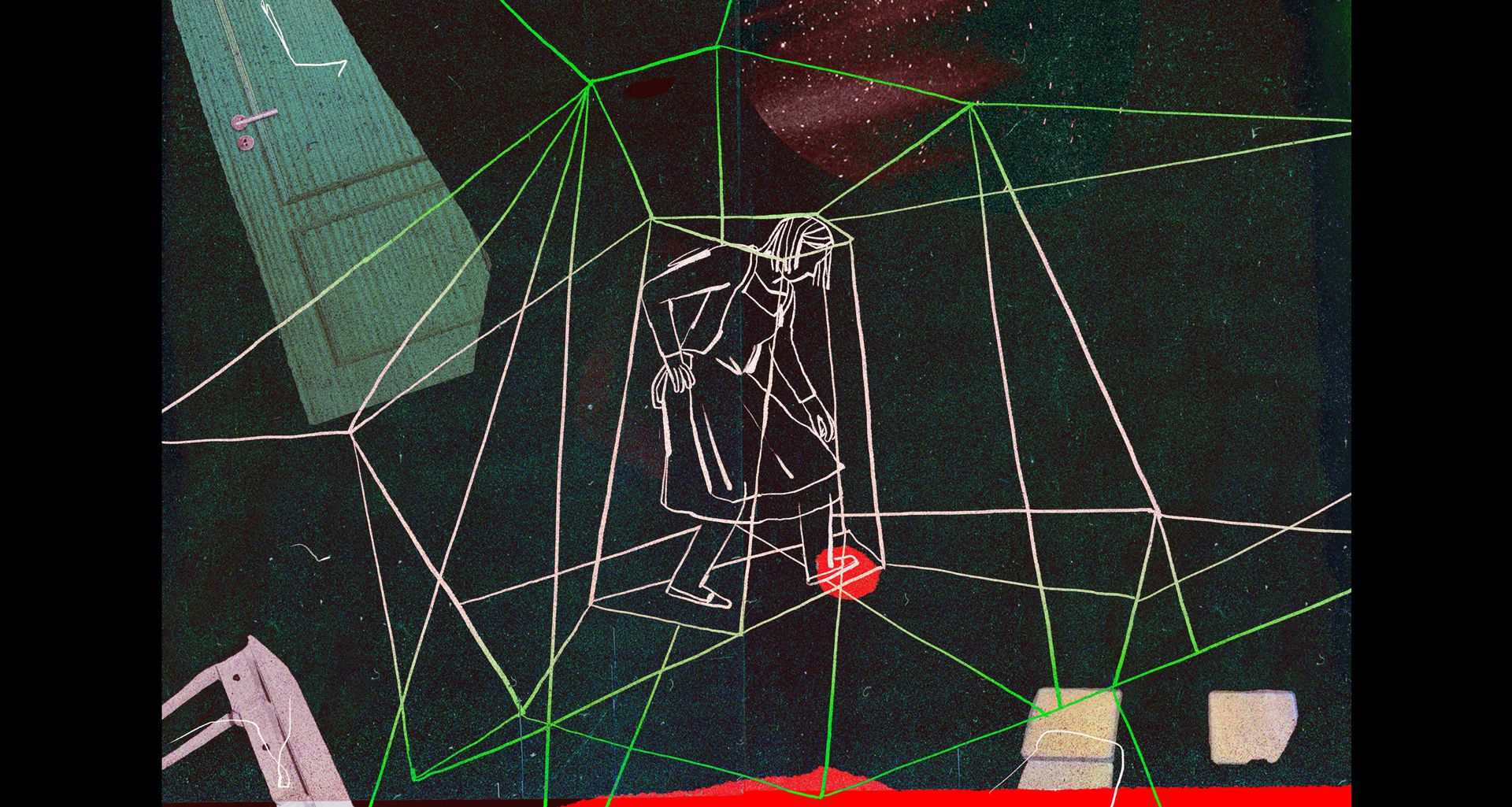 Although the narration establishes punctual links with the actions, overwhelmingly these actions are complementary to the narration and not its literal representation. Thus, in parallel with the narration, the film can be understood as having two levels of meaning. One that is communicated through drawing, associated with actions centered on the protagonist’s day-to-day life or how she interprets what happens to her. The other level will consist of “found footage,” such as photographs or other images, which can either be a scenario or physical space where the narrative takes place, functioning as metaphors, symbols or other figures of visual and narrative style.

There is a certain fear that victims (of violence) have in verbalizing or reacting. Because when they do they can be beaten again, or else they fear seeing their feelings or their situation treated with indifference.

In the film we will access the protagonist’s feelings not only through gestures or reactions, but also by making her inhabit visual worlds (graphics, photographs or found footage) and sounds that are capable of expressing, for example, anger, sadness, fear or insecurity.

The physical space and the protagonist

I thought of the House as a character, not just as décor or an element of spatial location, that acts and transforms according to the situations. If the intention is to show that the protagonist is in danger, the house is a hostile place; if it is to show that there is oppression, the House reacts by closing in on the woman, isolating her or limiting her movements.

In addition to being an extension (of the violent nature) of the husband, the House “acts naturally” in the presence of others. Going back to normal or acting normal when the couple is with them (with their children, for example), in order to imply that “whoever is inside the convent knows what is going on inside.”

Water is the other element (in addition to the House) that serves the purposes of the aggressor. At the beginning of the film it is associated with marriage and cycles of violence. It is an oppressive element, which makes the protagonist’s life difficult and places her in situations of stress, from which she seeks to free herself by hiding and undergoing a process of deformation.

The sound of the film should have an experimental and abstract character, where the voice is used in some moments as the main instrument, which overlaps with all the others.

The idea is to create a continuity between the narrated discourse and the soundtrack through the use of the same musical object, with distinct functions and in different moments. On the one hand, it is the instrument that carries a discourse or a history: the voice that narrates the events. And in fulfilling this function, it must be naturalistic and avoid excesses or drama. On the other hand, it is the instrument around which a musical composition is constructed, capable of evoking feelings or conceiving of environments that are associated with the narrative or that do not exist completely within it.

It is in the scene where the protagonist finds refuge in a black space, that the use of voice as an instrument will be more present. The various abstract voices are combined in the creation of a sonorous brotherhood, reminiscent of the traditional Portuguese songs used in rituals, parties, or at work.

For examples of this kind of musical composition, I can point to the work of Meredith Monk, and to a piece by the collective Hysteria, entitled “Speech Organ”, which you can hear here.